Mapping land boundaries is an important way to boost a country’s economic growth and development. It contributes towards better security of land ownership, allows land owners to get bank loans and helps governments to tax owners correctly.

Unfortunately in most African countries only about 30% of the land boundaries have been mapped. Mapping is done to capture the land’s boundaries with a view to registering ownership. Once mapping is completed, usually using techniques like Global Positioning Systems (GPS), authorities can issue a title deed or certificate of occupancy. This shows who holds rights to which pieces of land.

In Kenya during the 1960s photographs taken from airplanes were used to develop property maps. Kenyans were agitating for their land rights after the colonial British government had been unseated. The title deeds that were handed out as a result of those airplane photographs have formed the basis of Kenya’s property system for decades.

Today, aerial photographs from drones can be used for mapping property boundaries. In most parts of Africa, people demarcate their land using hedges. Ground land surveying techniques can be slow if the aim is to record all the parcels of land within a district or province.

But drones can be used to photograph hedges from the air. The maps developed from those photos are then linked to land ownership records to create formal land registers. This is an important way to record and keep track of land ownership in any given country.

I am involved in a project funded by the European Commission, its4land, that is testing the use of drones – or, as they’re properly called, unmanned aerial vehicles (UAVs) – for land mapping and registration. The research is being carried out in three African countries; Kenya, Rwanda and Ethiopia. Our hope is that if the research yields positive results, the project can be rolled out elsewhere on the continent. As far as we’re aware, this is among the first internationally to test the use of drones for land registration.

Putting the drones to work

Different types of UAVs can be used for mapping. The two main types are the fixed wing UAVs and the quad-copter UAVs. In general, the fixed wing drones look like a normal airplane with two wings.

We’re testing a fixed wing drone, DT18; it is produced by Delairtech, a French company. This type of drone is suitable for covering long distances – which is necessary when you’re mapping large areas’ property boundaries. 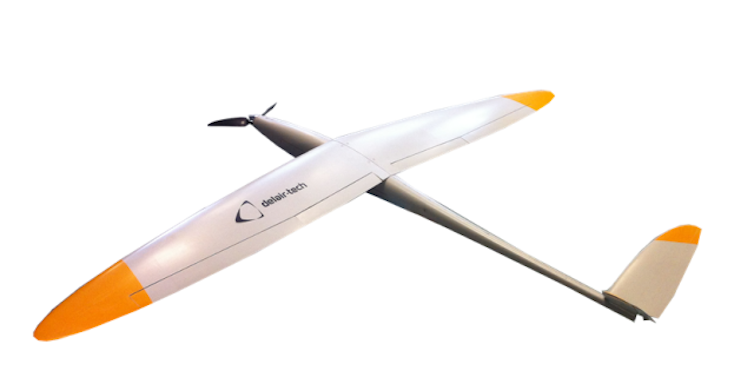 Two pilots per country were trained at Delairtech’s offices in Toulouse, France. I’m one of the Kenyan pilots; the other is a Master’s student also from my university. All of the pilots were drawn from the partner universities in Africa. We’ve learned how to control the drone; how to develop a flight path; how to fly safely and how to process the data that’s collected.

Flight paths are set up using waypoints or digital markers. The drone follows these from start to finish. The DT18 can map a distance of up to 20km at a time. It can be redirected or recalled mid-flight if the pilot detects a risk. The drone is fitted with a camera, when takes pictures as directed by the pilot – who is following the flight on a laptop screen from the ground. The pictures are sent back to the laptop and stored on the drone’s own on board memory card. 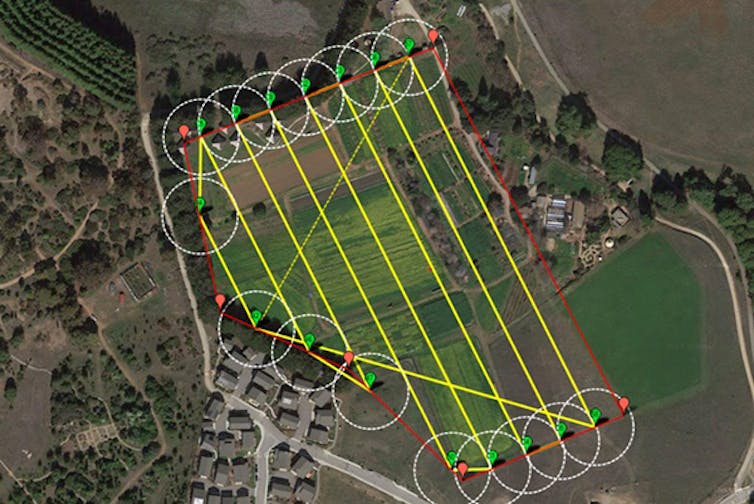 No flying has happened yet: all the project teams are awaiting permission from the relevant authorities in their countries to send the drones skyward.

We have also brought residents into the project to get their support. In Kenya, our research is being carried out among the Maasai tribe in Kajiado county and among the Luo tribe in Kisumu county. We’ve visited a few sites in these counties and explained our research. These groups will receive feedback throughout the process.

Drones are not without their problems. They can be dangerous if flown without proper guidelines or permission, or by untrained people. Many countries in Africa have not passed any laws about the use of UAVs. Kenya is ahead in this regard; the civil aviation authority has developed and passed guidelines about drones.

The process of obtaining permission to fly is very rigorous, which is important because drones can be a threat to normal airplanes and could even cause a collision. If this technology is rolled out for land mapping elsewhere in Africa, countries will need to first develop and adopt strict guidelines for flying.

Our hope is that this project will help countries across Africa to increase the number of land parcels that are mapped. It can also clarify the figures for different types of land ownership – private, public or community. This is an important driver for economic growth and development.