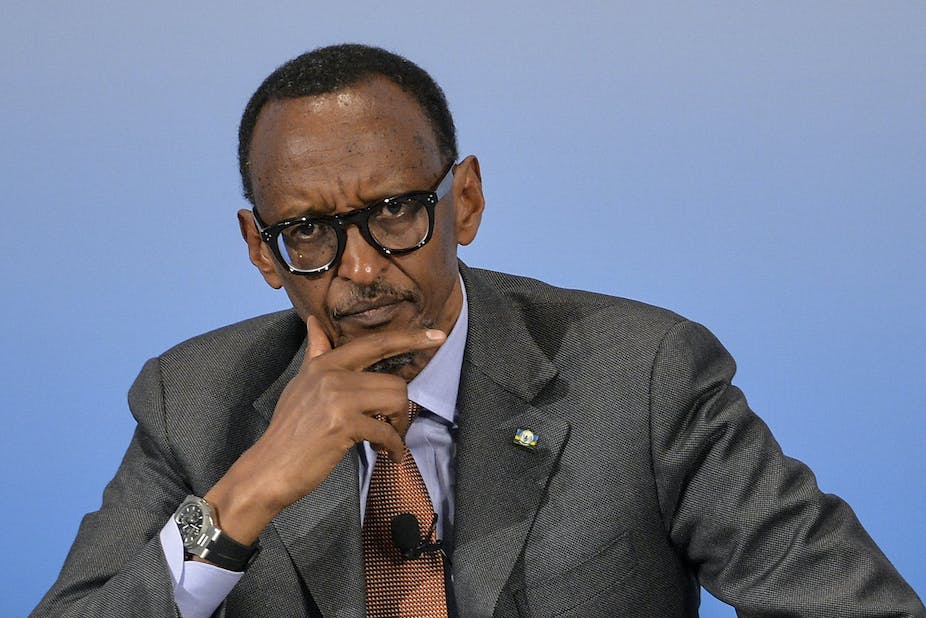 Rwanda is often touted as an example of what African states could achieve if only they were better governed. Out of the ashes of a horrific genocide, President Paul Kagame has resuscitated the economy, curtailed corruption and maintained political stability.

This is a record that many other leaders can only dream of, and has led to Rwanda being cited as an economic success story that the rest of the continent would do well to follow.

In countries like Kenya and Zimbabwe some have argued that their leaders should operate more like Kagame. In other words, that job creation and poverty alleviation are more important than free and fair elections.

In response, critics have sought to puncture Kagame’s image by pointing to human rights violations committed under his leadership. This is an important concern. But the notion that the Rwandan model should be exported also suffers from a more fundamental flaw: it would not work almost anywhere else because the necessary conditions – political dominance and tight centralised control of patronage networks – do not apply.

Many of the achievements of Kagame and his governing Rwandan Patriotic Front party are impressive. He took over a deeply divided nation in desperate need of economic and political reconstruction in 1994. Since then, Kagame has established firm personal control over Rwandan politics, generating the political stability needed for economic renewal.

Instead of sitting back and waiting for foreign investors and the “market” to inspire growth, the new administration intervened directly in a process of state directed development. Most notably, his government kick started economic activity in areas that had previously been stagnating by investing heavily in key sectors. It has done so through party-owned holding companies such as Tri-Star Investments.

Combined with the careful management of agriculture, these policies generated economic growth of around 8% between 2001 and 2013. Partly as a result, the percentage of people living below the poverty line fell from 57% in 2005 to 45% in 2010. Other indicators of human development, such as life expectancy and literacy, have also improved.

An example for Africa?

Despite the impressive headline figures, a number of criticisms have been levelled at the Rwandan model.

Most obviously, it sacrifices basic human rights – such as freedom of expression and freedom of association – to sustain the ruling party’s political hegemony. The Rwandan system therefore involves compromising democracy for the sake of development. That decision may be an easy one to make for those who enjoy political power, but is often rejected by the opposition.

Less obviously, the use of party-owned enterprises to kick start business activity places the ruling party at the heart of the economy. It also means that when the economy does well, the already dominant Rwandan Patriotic Front is strengthened. This empowers Kagame to determine who is allowed to accumulate economic power, which in turn undermines the ability of opposition leaders and critics to raise funds.

These arguments have been around for some time. But they have done little to dampen the allure of the Rwandan model for some commentators and leaders.

Given this, the strongest argument against exporting the Rwandan model is not that it is undemocratic and gives the ruling party tremendous economic power. It’s that it won’t actually work.

One of the most rigorous efforts to understand the political conditions that made the Rwandan model possible has emerged from the African Power and Politics research project led by David Booth, Tim Kelsall and others. They argue that Kagame’s government is an example of “developmental patrimonialism”. In this system, the potentially damaging aspects of patrimonial politics are held in check by a leader who enjoys tight control over patronage networks. These include jobs for the boys, waste and inefficiency.

This authority needs to be established both internally and externally. External political control is required because the threat of electoral defeat by a strong opposition party may force the government to prioritise short-term survival over long-term investments. Internal control is required because the absence of checks and balances on the ruling party is likely to exacerbate corruption.

When these conditions hold, elements of patrimonialism may be economically productive by generating resources that are channelled back into the system. In the Rwandan case, the Rwandan Patriotic Front’s economic and political dominance has not undermined development because the funds generated through party-owned enterprises have often been reinvested in the economy.

The problem is that these conditions don’t hold in most African states. With a few exceptions such as Chad and Angola, the ruling party cannot aspire to the level of dominance witnessed in Rwanda because the opposition is too strong for this degree of political control to be sustained. In Kenya and Zimbabwe, for example, the opposition has consistently won a large share of the legislative and presidential vote.

In addition, even some states that feature more dominant ruling parties have consistently failed to impose economic discipline on their governments. Instead, entrenched clientelism and internal factionalism have typically undermined anti-corruption efforts. This is true for both Angola and Chad, hurting efforts to reduce poverty and boost economic growth.

Shorn of the internal and external political control required to make it work, the application of the Rwandan model elsewhere would generate very different results.

Extending the control of the ruling party over the economy is more likely to increase graft and waste than to spur economic activity. And efforts to neutralise opposition parties are likely to be strongly resisted, leading to political instability and economic uncertainty.

What this means is that if other countries on the continent try to implement the Rwandan model, the chances are that they will experience all of its costs while realising few of its benefits.

What Needs to Be Done to Make Africa Politically Stable