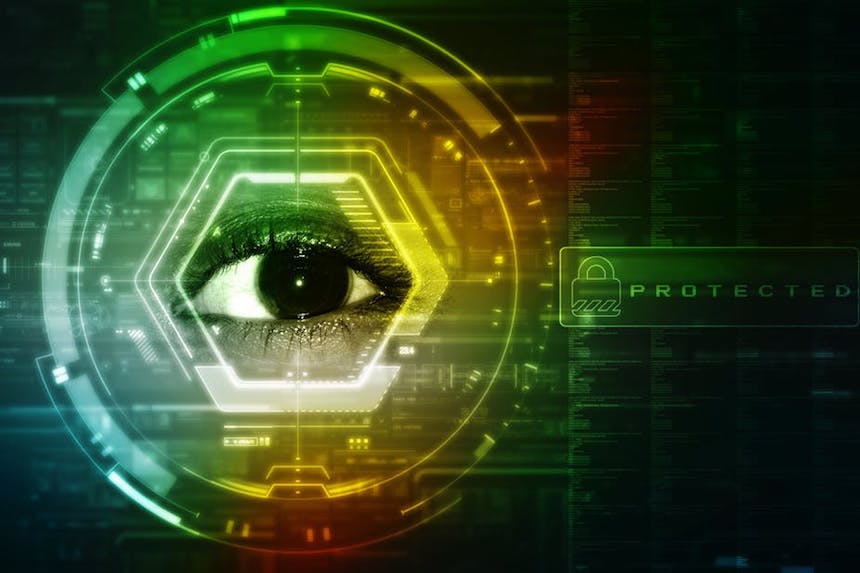 Africa has become a testing ground for technological leapfrogging. This is a process that involves skipping stages and moving rapidly to the frontiers of innovation.

Technological leapfrogging in Africa has, so far, focused on economic transformation and the improvement of basic services. Drones are a good example: they’re used in the continent’s health services and in agriculture. In South Africa, robots play a crucial role in mining.

Now, in a remarkable extension of technological leapfrogging, Somaliland has become the first country in the world to use iris recognition in a presidential election. This means that a breakaway republic seeking international recognition will have the world’s most sophisticated voting register.

Democracy and tech in Africa

Somaliland’s shift to such advanced voting technology emerged from a lack of trust because of problems with the 2008 elections. For instance, names were duplicated in the voter register because of pressure from local elders. These fraudulent activities and other logistical issues threatened to undermine Somaliland’s good standing in the international community.

Of course, Somaliland is not the only country in Africa to experience problems with its election processes. Others, like Kenya, have also turned to technology to try and deal with their challenges. This is important. Being able to hold free, fair and credible elections is critical in democratic transitions. The lack of trust in the electoral process remains a key source of political tension and violence.

Technology can help – and Somaliland is set to become a regional powerhouse in the production and deployment of the technological know-how that underpins electronic voting.

So how did Somaliland reach this point? And what lessons do its experiences hold for other countries?

The first lesson, then, relates to political will. Since 1991, Somaliland has operated as an autonomous state trying to build new institutions. One of its central goals is to gain international recognition as a sovereign state. Being able to conduct free, fair, credible and just elections is central to this goal and its international image. Somaliland wants to rank highly in the indices of democratic performance – and that’s a strong driver to develop and embrace electoral practices that are in line with international standards.

The second involves problem-solving and incremental technological learning. Somaliland wanted to reduce voter duplication. It compared the efficacy of different face, finger and iris recognition technologies, and this assessment showed that iris recognition was superior.

Pilot efforts then allowed for lessons in the design of the system, which helped to reduce anxiety over the consequences of possible failure during elections. It also made the process transparent; interested users could access the available datasets. This enhanced public trust.

Somaliland has also wisely used international experts in biometrics. Much of the debate about the use of electronic voting systems centres on how the technology is procured. The country sought the support of Notre Dame University in the US in 2014. Their world class work on biometrics is led by Professor Kevin Bowyer. Such partnerships ensure technical expertise. This, in turn, helps boost ordinary people’s trust in their country’s electoral system.

The shift to electronic voting has also influenced the conduct of some observation missions. In Somaliland, electoral observation will in future include examinations of the iris recognition technology. This changes the expertise needed to observe elections.

This approach is in sharp contrast with the 2017 Kenya elections. There, international observers used traditional monitoring methods – and validated an election that was later annulled by the country’s Supreme Court. It was a case where electoral institutions had not caught up with technology.

This raises some wider issues that need to be addressed so that they don’t get in the way of this progression.

The first is to emphasise that the technology, in most cases, will enhance and upgrade political infrastructure – even if they appear to bypass or replace it. For example, there are concerns that drones, used to transport medical supplies in places like Rwanda and Tanzania, divert financial resources from multi-purpose infrastructure like roads. In fact, the use of drones in medical supplies expands infrastructure options. They allow countries to align delivery means with specific needs, in a timely and efficient manner.

Secondly, technological and service leapfrogging usually go together. This has been demonstrated in Africa’s mobile revolution. The widespread adoption of the Mpesa money transfer system best illustrates this point, as it is about changes in consumer behaviour and local manufacturing.

Finally, there are ample opportunities for international joint ventures in technological leapfrogging across Africa. Many of them however are being smothered by taxation and regulations. This is partly because of the pressure to generate state revenue and partially due to a lack of understanding.

With more products and processes to trade with, the world stands to benefit from Africa’s increased participation in the global technology market. And it is encouraging to see that this is a movement which has the political support of African presidents; a support reflected in the adoption of the Science, Technology and Innovation in Africa Strategy (STISA-2024) by the African Union.

For now, Africa’s technological futures are not only open but expanding in all directions. Somaliland’s application in improving governance is the tip of the iceberg. It creates exciting possibilities for the continent to provide leadership in other areas of technological advancement.

This article was originally published on The Conversation.