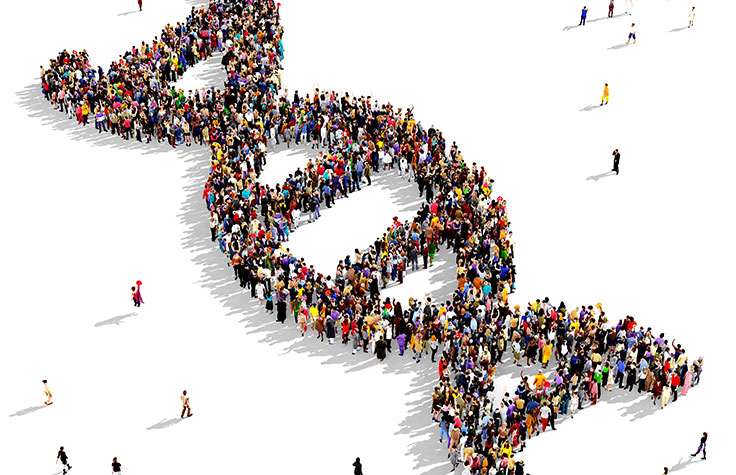 Geneticists have assembled the largest sets of African genomic data available to date, creating a resource that will help researchers understand the genetic structure of Africa as well as the effects of genetic variation on protein function and disease. The findings underscore the importance of including globally diverse participant cohorts in genetics research, and were presented in a plenary session at the American Society of Human Genetics (ASHG) 2018 Annual Meeting in San Diego, Calif.

The researchers collected and analyzed genome-wide data from 6,400 individuals from rural Uganda, including the whole genome sequences of 1,978 people within that group. They combined this with data from an additional 7,784 individuals from other African countries, in the first genome-wide association study (GWAS) to analyze multiple traits across Africa.

“This study represents one of the largest and most comprehensive efforts to identify genetic associations with disease within African populations, and will provide a roadmap for large-scale GWAS across the region,” said Ayesha Motala, MD, FRCP, a leader of the study and professor at the University of KwaZulu-Natal.

“Prior to our work, there were only a few hundred whole genome sequences available from Africa,” said Deepti Gurdasani, MD, PhD, from the Wellcome Sanger Institute, who presented the research. “Most of the information we had was from African-American populations, which didn’t capture the full diversity of the continent.”

After compiling the data, Dr. Gurdasani and her colleagues assessed genetic similarities and differences within the cohort, identifying commonalities among those who migrated to Uganda from the same regions. They also found a complex mixture of similarities between the Ugandan genomes, ancient East African populations, and Eurasian genomes. These findings suggest that modern Ugandan genomes represent the complex history of migration in the region, and that they have been shaped by multiple mixture events over thousands of years, including mixture with genomes resembling those in modern Europe.

In addition, the researchers examined genetic influences on a variety of traits and diseases in the larger GWAS cohort, identifying 10 new associations specific to African populations. For example, they discovered an association between a deletion in the HBA1/HBA2 gene, known to cause the blood disorder alpha thalassemia, and blood bilirubin levels. This deletion is common among Africans, found in approximately 22% of individuals, but rare among previously studied Europeans.

“Although it correlates with disease, this variant has been shown to protect people from severe malaria, which presents a stronger advantage in Africa than in Europe and has enabled the variant to rise in frequency within Africa,” Dr. Gurdasani explained.

The study also found an association between HBA1/HBA2 deletion and the blood’s level of the protein HbA1c, high levels of which are often used to diagnose diabetes. “The high frequency of thalassemia in some African populations may affect the accuracy of this test, as it can modify HbA1c independently of glucose levels,” Dr. Gurdasani said.

Beyond their own analysis, the researchers hope their data will help other scientists better understand the genetic diversity of African populations and develop cost-effective tools to capture genome variation for future studies. Future work will also include detailed mapping of the cause-and-effect relationships between genetic variants through examining functional impact of variants on gene expression.

As next steps, the researchers plan to expand their genomic data set to populations across Africa, by sampling diverse indigenous populations, and expanding the GWAS to about 75,000 individuals.

Zimbabwe’s Economy Is Collapsing: Why Mnangagwa Doesn’t Have the Answers