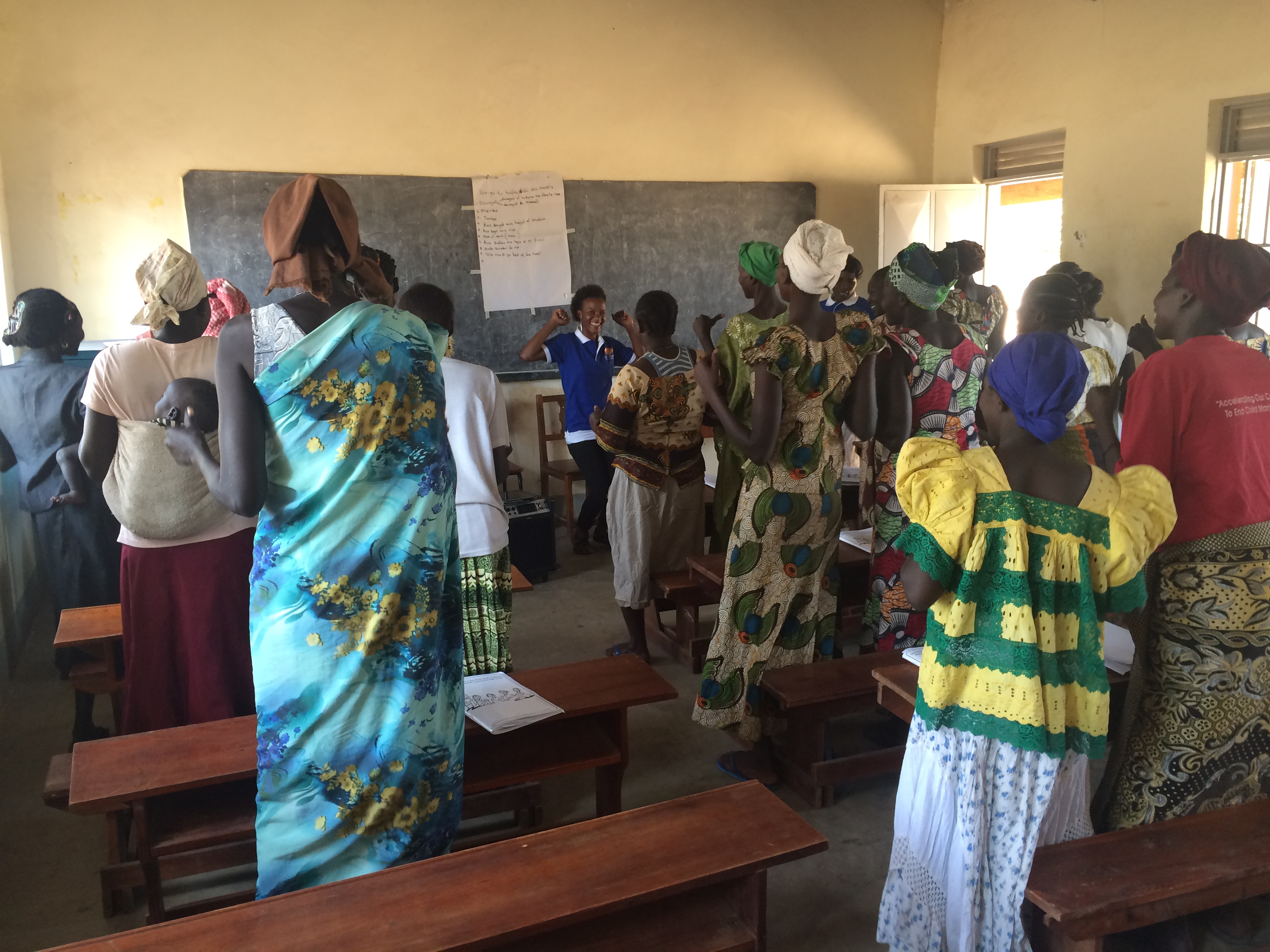 A guided self-help approach that provides strategies for managing distress and coping with adversity is safe, and resulted in meaningful improvements in psychological distress and functioning compared to enhanced usual care over three months in female refugees living in a settlement in Uganda, according to a randomised trial involving almost 700 South Sudanese refugee women, published in The Lancet Global Health journal.

The study is the first randomised trial of a guided self-help group intervention in a low-resource humanitarian setting. Although longer follow-up is needed to determine the long-term effects of the intervention, the authors say that guided self-help could be a promising first-line strategy to address the vast gap in mental health support in areas where humanitarian access is difficult, such as South Sudan and Syria.

Refugees are at greater risk of developing symptoms of common mental disorders and other forms of disabling psychological distress. Although several psychological treatments have been shown to be effective among conflict-affected populations, they tend to target single mental disorders, require a substantial clinical workforce, and reach only individuals or small groups of people at a time.

Self-Help Plus (SH+) was developed by the World Health Organization (WHO) to meet the challenges of delivering evidence-based mental health support to large numbers of people both with and without mental disorders in hard-to-reach conflict- or disaster-affected areas. SH+ is a group-based self-help intervention guided by non-specialist facilitators with minimal training. It combines a five-session pre-recorded audio course with an illustrated self-help book designed for low literacy populations and can be delivered to groups of up to 30 people.

The Lancet Global Health‘s Nina Putnis speaks to Wietse Tol about his research on reducing psychological distress in female South Sudanese refugees, and the implications of this research for refugees and displaced people worldwide.

“SH+ provides strategies for managing distress arising in the context of a range of adversities including interpersonal violence, armed conflict, and chronic poverty. The approach is based on acceptance and commitment therapy, a modern form of cognitive?behavioural therapy, that focuses on increasing psychological flexibility–primarily through mindfulness exercises–and promotes behaviours that are in line with a person’s values”, explains Dr. Wietse Tol from Johns Hopkins Bloomberg School of Public Health and HealthRight International, USA, who co-led the research.

According to co-lead author Dr. Mark van Ommeren from WHO, Switzerland: “By targeting psychological distress, regardless of whether people have mental disorders, while reducing reliance on scarce specialists and tripling the number of participants reached per session, guided self-help has enormous potential to improve reach and access to psychological support for people affected by adversity.”

The study included 697 female refugees from South Sudan with at least moderate levels of psychological distress living in the Rhino Camp settlement in north-western Uganda. No psychiatric diagnosis was required to be included in the trial, but participants assessed to be at imminent risk of suicide or showing observable signs of severe mental disorder (e.g., psychosis) were excluded and offered alternative support.

All participants completed questionnaires to assess their levels of psychological distress and to measure changes in symptoms of distress, depression and post-traumatic stress disorder (PTSD), self-reported concerns, inter-ethnic relations, feelings of anger, functional impairment, and subjective wellbeing one week before the intervention, and one week and 3 months after the intervention had ended. On average (83%) of the women in the SH+ group participated in each session, which suggests that SH+ is acceptable to participants.

Compared to the control group, refugees in the SH+ group reported substantially greater reductions in psychological distress both immediately after the intervention and 3 months later.

At the 3-month follow-up, SH+ also led to improvements in PTSD and depression symptoms, explosive anger, functioning, and subjective well-being, and was equally beneficial among women with different trauma histories, levels of distress, and levels of exposure to gender-based violence (table 2).

Importantly, there were no reports of any adverse reactions related to SH+ after scrutiny by an independent data safety management board.

Despite these achievements, the study has some limitations, including that by randomising a limited number of villages, differences in unmeasured factors between the villages may have influenced the results; and the generalisability is limited to female refugees. Further adaptation and evaluation for male refugees is currently ongoing.

“Our findings indicate that SH+ offers sizeable immediate benefits, which is very promising for an intervention that has high potential for scale-up, and can be delivered in areas with limited access to care”, says co-author Marx Leku from HealthRight International in Uganda.

Co-author Dr. Claudia Garcia Moreno from WHO, Switzerland notes: “There are still critical questions left to answer, including why effect sizes reduce over time; whether benefits can be maintained by integrating SH+ into existing humanitarian programmes related to poverty, gender-based violence, or other community health concerns; and whether this approach is cost-effective compared with established psychological interventions.”

Discussing the implications of the findings in a linked Comment, lead author Dr. Charlotte Hanlon (who was not involved in the study) from Kings College London, UK, says that the study has “taken global mental health to a new and hopeful place”, adding that, “the question now is how can this promising and potentially scalable intervention be transitioned to make real-world impact?”

She concludes: “To allow for even greater reach…guided self-help could be reconceptualised as a secondary prevention intervention targeted at people with psychological distress. In doing so, the mechanisms of action of the intervention should be further investigated, particularly to understand how to achieve greater psychological flexibility…[so] that the intervention can be offered to all populations facing serious adversity, without the need to screen.”