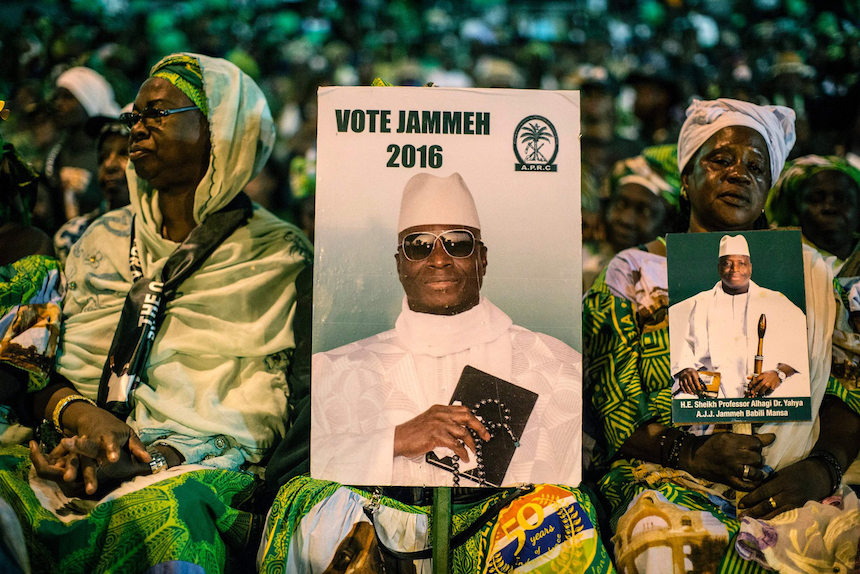 Following the resolution of the political impasse in The Gambia, a great deal of attention has focused on the role played by the Economic Community of West African States (Ecowas). The regional body brought a swift end to the potentially explosive crisis sparked by the refusal of former President Yahya Jammeh to hand over to the newly elected Adama Barrow.

Jammeh’s flight to exile was preceded by weeks of diplomacy to persuade him to hand over power peacefully. When this failed regional troops and military assets were mobilised to install Barrow forcibly. The rest is history. Barrow is now officially in the presidential seat.

This resounding success, unrivalled by any African regional organisation, has taken decades to craft. It is remarkable to think that at its inception in 1975, joint military action was not even on the cards.

By the close of the early 1960s most countries in the West African sub-region had gained political freedom from colonial powers. They adopted a variety of political systems including multiparty democracy, one-party civilian administrations and military autocracies. The region developed quite a reputation for military coups. There were more in the region than anywhere else on the continent.

Initial attempts to form Ecowas floundered in the early 1960s. This was due largely to the differences between Ghana’s first president, Kwame Nkrumah, and Nigeria’s first prime minister, Abubakar Tafawa Balewa, on the kind of integration necessary for the states in the region.

The fall of these two personalities from power in 1966 did not end the political rivalries in the region. Attempts at integration were further delayed by the civil war in Nigeria between 1967 and 1970. Its aftermath further affected any chances at integration due to the struggle over the supremacy of the West African region between Nigeria and Côte d’Ivoire along Anglo-Francophone lines.

Eventually two influential military leaders – Generals Yakubu Gowon of Nigeria and Gnassingbe Eyadema of Togo – formed the nucleus of Ecowas in the 1970s. They succeeded in bringing on board the other military leaders of Dahomey (now Benin), Ghana and Niger among others. This explains the dominant role of the military in the life of the organisation.

Ecowas was eventually formed on May 28 1975, in Nigeria as a regional economic grouping of 15 states. Membership went up to 16 when Cape Verde joined in 1976. But it declined again to 15 when Mauritania withdrew in December 2000.

cooperation and development in all fields of economic activity.

The grouping saw its role as raising the living standards of people in the region, increasing and maintaining economic stability, fostering closer relations among its members and contributing to the progress and development of the continent.

It is significant that no reference was made to defence or security in any of the treaty’s 65 articles.

How did the economic bloc blossom into a dominant sub-regional peace and security organisation in Africa?

The need for a security organisation

When Ecowas was formed in 1975 only Nigeria had experienced a civil war. But there was an increase in the number of violent conflicts after the late 1980s.

Several factors contributed to the intractability and complexity of violent conflicts in Liberia, Sierra Leone, Guinea, Mali, Niger and Côte d’Ivoire. These included the effects of the Cold War, economic malaise, human rights abuses and political rivalries and interests of states in the region. The conflicts had deleterious implications for peace and security of the region.

The effect of the civil wars was that some states became places for recruiting disenchanted unemployed youth into various armed banditry groups. They pillaged the region for natural resources and committed heinous war related crimes.

Ecowas was formed at a time when power vacillated between civilian and military rulers in the region. The period was characterised by governments accusing one another of supporting dissidents. There were also accusations of domestic problems being instigated externally.

Against this backdrop, the treaty was revised in 1993. The “Revised Treaty” allowed the promulgation of protocols to regulate the peace and security architecture of member states.

The peace and security architecture of Ecowas

The first protocol promulgated was a nonaggression pact signed on April 28 1978 in Lagos, Nigeria. The region’s leaders present noted that the community

cannot attain its objective save in an atmosphere of peace and harmonious understanding among Community members.

This marked the beginning of future steps by member states to address security matters in the region. But the protocol proved inadequate against either external attacks or intrastate conflicts which were becoming more frequent. This led to the mutual assistance in defence protocol being passed.

This was signed in May 1981 despite fervent opposition from Mali, Guinea-Bissau and Cape Verde. It did not create a standing army but provisions were made for joint action in the event of any security threat to a member state through a voluntary contribution of troops. These were referred to as the Allied Armed Forces of the Community.

But the reliance on troop contributions from member states was a major challenge. This was because by the time troops were assembled the violence would have escalated.

These and many other bottlenecks, in particular, the harrowing experiences of the Economic Community of West African States Monitoring Group (Ecomog) in Liberia and Sierra Leone, led to the next big step. Which is why in 1999 a mechanism for conflict prevention, management, resolution, peacekeeping and security was agreed.

The 1999 protocol put in place comprehensive structures and processes that have to be followed in the event of conflict breaking out.

The mechanism makes provision for diplomatic and military interventions. It empowers regional leaders to decide on the deployment of political and military missions.

Ecowas has a standby force in member countries which can be deployed rapidly to prevent conflicts from escalating. The rapid deployment of troops from Nigeria and The Gambia’s neighbour Senegal in the recent deadlock is a case in point.

Other protocols relating to the prevention, management and resolution of conflict make up a significant part of the regional peace and security architecture. These include a supplementary protocol on democracy and good governance adopted in 2001.

There are a number of other security related structures. These include an early warning system and a mediation and security council which advises the authority of heads of state and government. In addition, there are offices of the special representatives, a council of elders and special mediators.

But the challenge of preventing conflicts from escalating remained. To meet this challenge, a conflict prevention framework was agreed in 2008. This enabled the regional powers to harness human and financial resources from other important players such as private and civil society organisations.

A major challenge that now remains is the financial burden associated with political and military missions. But with its long history of meeting its challenges full square, there is every chance Ecowas will make a success of that, too.

How Africa Can Win the Fight Against Childhood Cancer

Increase in Arms Transfers Driven by Demand in the Middle East, Asia