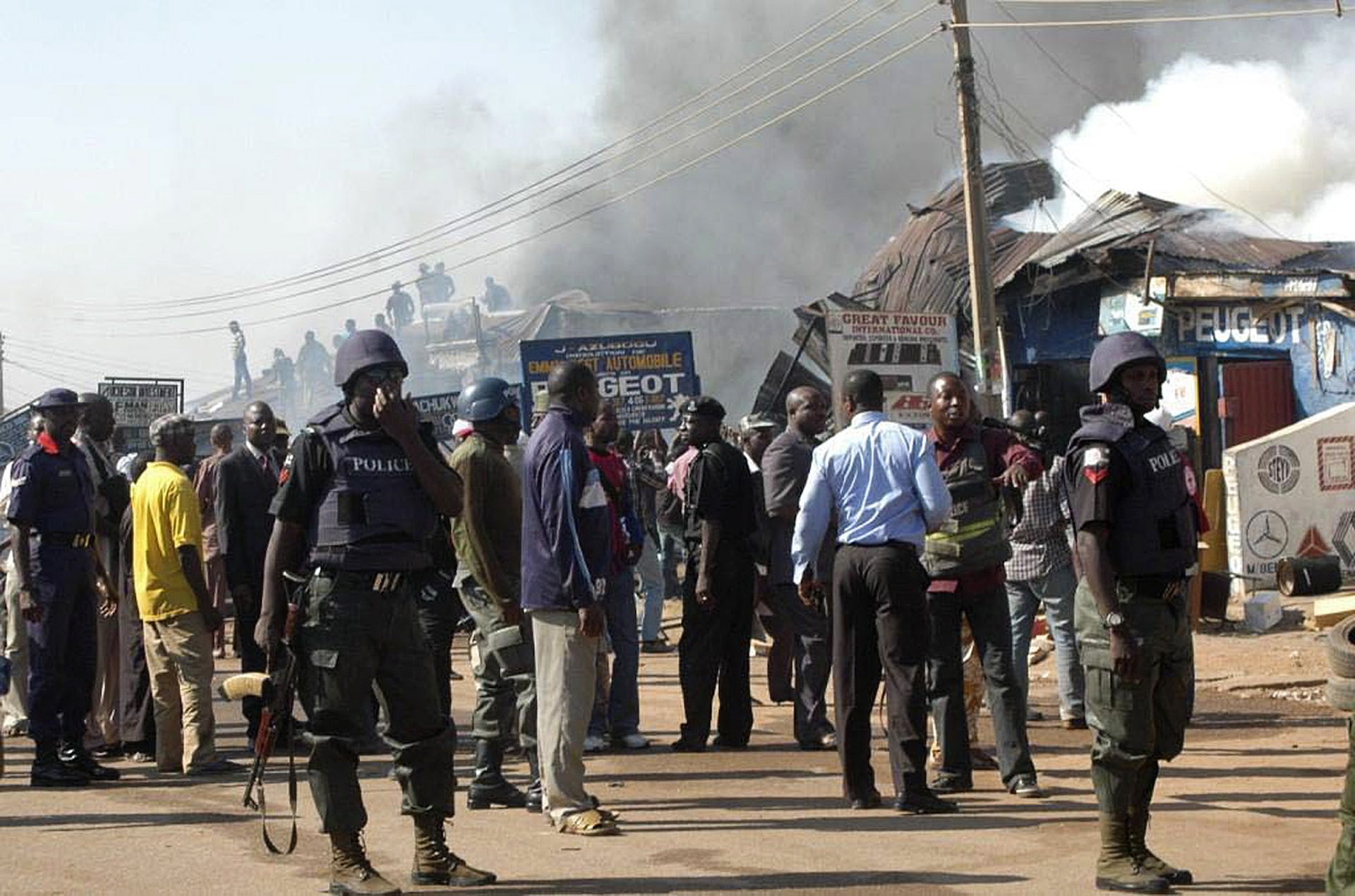 Nigeria’s Kaduna State has been embroiled in conflict for decades. The violence has its roots in ethnic tensions between the state’s Muslim and non-Muslim populations.

The state is located in Northwestern Nigeria. It has a population of approximately 6.1 million people. The majority Hausa-Fulani tribe are predominantly Muslim and herders of cattle and the non-Muslim minority are mainly farmers.

The conflict between these two groups most recently flared up in October 2018 when communal clashes left at least 55 people dead. The resurgence of violence provided a convenient talking point for President Muhammadu Buhari on his campaign trail. The president has made the fight against insecurity a big component of his campaign. But while he has talked tough about the violence he hasn’t acted accordingly to ensure that peace prevails in Kaduna.

A history of violence

In Kaduna State the Hausa-Fulani majority occupies the north, often referred to as “mecca”. The minority Christian population resides in the south, or “Jerusalem”. Since 1980, violence fuelled by these divisions has claimed about 20,000 lives.

The Hausa-Fulani have historically wielded governmental power and control over the states political and economic structures. This has damaged relations with the non-Muslim minority. The non-Muslims are often referred to as pagans and they have been ruled by the dominant Muslim population for years.

These ethno-religious differences have been entrenched by the dominant Hausa-Fulani group who make up 60% of the population. The group has marginalised the 30 minority non-Muslim tribes who make up the remaining 40%. These tribes are now predominantly Christian.

The Muslim/Christian divide has exacerbated socio-cultural differences between the dominant and minority groups. These differences were intensified by uneven development, economic disparity, and the political marginalisation of the minority population. For example, the Hausa-Fulani group has imposed its leaders on communities right from the governorship of the state to the local government. The current governor, Nasir Ahmad el-Rufai, is standing for reelection on a Muslim-Muslim ticket, which flies in the face of expectations that he would run on a Muslim-Christian ticket.

Combined, these factors have fuelled the recurrent protests in Kaduna.

The minority Christian populations have continued to agitate for inclusive governance that will allow adequate representation of non-Muslims in the governance of the state. As well as the use of violence the minority population routinely votes as a block when choosing candidates for office.

This year, tensions have been triggered by Governor El-Rufai’s decision to make the gubernatorial election a Muslim affair and this has increased the likelihood of post election violence especially if the electoral processes are not transparent.

At a national level, the governor has promised Buhari that Kaduna will deliver 90% of its votes in the presidential election. This is probable given that the state voted overwhelmingly for Buhari in the 2015 election.

Factors in the current crisis

In 2000 the then Governor Mohammed A. Makarfi introduced sharia law in the Kaduna State. This dramatically intensified religious tensions as the introduction of sharia law further polarised people and made the Christian minority even more fearful of their Muslim neighbours.

The change was contrary to Nigeria’s 1999 constitution which states that Nigeria is a secular state.

Ultimately, the introduction of sharia law led to even more violence. Attacks and counter attacks claimed the lives of 1,295 people and an unstated number of bodies were buried without identification.

Violence in the region is also undoubtedly fuelled by the fact that both sides have unfettered access to weapons. The proliferation of small arms and light weapons is due to the fact that the borders between Nigeria and neighbouring states such Niger, Chad, and Cameroon are porous, allowing illegal entry of arms smugglers.

There is also an occupational dimension to the violence. The Hausa-Fulani are predominantly cattle herders while the people of southern Kaduna are mostly farmers who cultivate food crops for a living. Violence periodically flares up between the herdsmen and the farmers when the herdsmen migrate to the south in search of pasture,

The migration triggers conflict over land use, land ownership, and encroachment of farmland. Reprisal attacks from the farmers are common. This dimension of the conflict has been made worse by the religious differences of the actors and the perceived bias of successive Kaduna State governments against the Christian minority.

In addition to the conflict between herdsmen and farmers, Kaduna State has a long history of marginalising its minority populations. In southern Kaduna they have historically been excluded from political leadership.

This has been linked to the low level of socio-economic development in area compared with the north. As a result, the Christian population’s struggle for political power and territorial control has intensified. This resistance has been met with continued suppression by the dominant Hausa-Fulani class.

The power struggle is usually more pronounced during election time. Elections allow both groups to sponsor their candidates to public office. Indeed, the rivalry over El-Rufai’s Muslim-Muslim ticket is evidence of the push and pull between Muslim and Christian. The politicisation of these identities will continue beyond the election unless Nigeria’s leaders take serious action to redress the power balance between the state’s Muslim and Christian populations.

How to Target Resources in Efforts to End Female Genital Mutilation