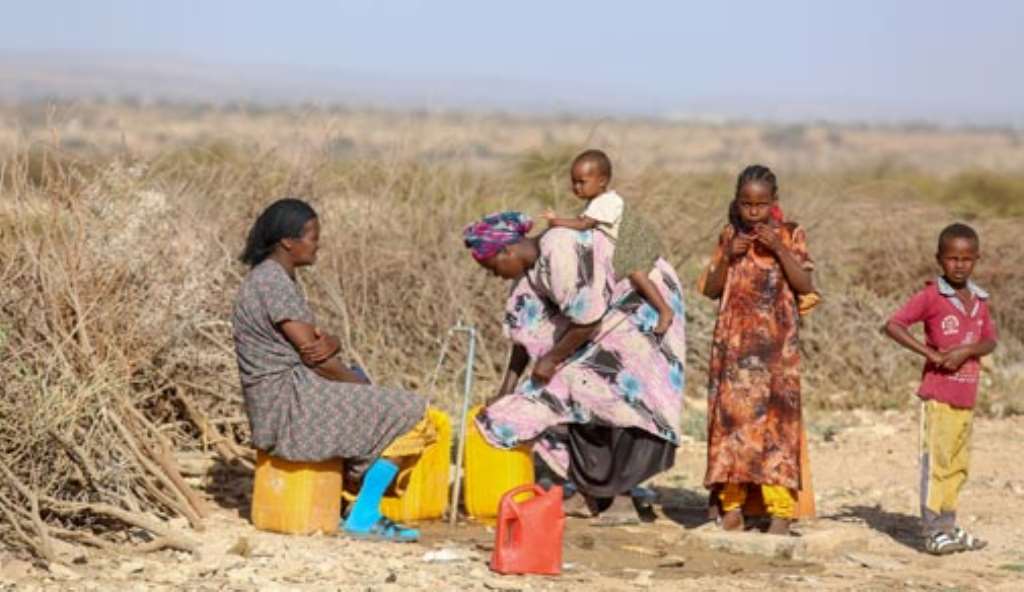 Water fetching is associated with poor health outcomes for women and children, including a higher risk of death – according to new research from the University of East Anglia.

The research, which involved more than 2.7 million people in 41 countries, is the first to analyse the relationships between water carriage, access to clean drinking water, sanitation and maternal and child health using the UNICEF multiple indicator cluster survey data.

Senior author Prof. Paul Hunter, from UEA’s Norwich Medical School, said: “Hundreds of millions of people carry water each day, and it is usually the task of women and girls from the poorest families. But until now, little has been known about the health outcomes associated with fetching water.

“We wanted to find out more about the health implications of fetching water, as well as the outcomes of using unsafe water supplies, inadequate access to improved sanitation – particularly in relation to the health of women and children.”

Prof. Hunter and Dr. Jo Geere, from UEA’s School of Health Sciences, studied data from more than 2.7 million people in 41 low to middle-income countries, looking for associations between access to drinking water, sanitation and health.

They studied health outcomes including the risk of child deaths, diarrhoea in children under five, low child weight and height, the number of women giving birth in a health care facility, the uptake of antenatal care and whether young children were being left alone for long periods.

Prof. Hunter said: “We found that having to carry water home and low levels of sanitation are associated with a range of adverse maternal and child health outcomes.

Dr. Geere said: “Water fetching by any household member is associated with reduced odds of a woman giving birth in a health care facility.

“And women or girls collecting water is associated with reduced uptake of antenatal care and increased odds of regularly leaving a child under five alone at home for over an hour.

Dr. Geere said: “Mothers face a Hobson’s choice when they go out to fetch water. They must either leave their child or children at home alone, or take them along what is often an unsafe route.

“Therefore, a child or children may be left unsupervised for the time it takes to walk to a water source, queue up, collect the water and return.

“Unsupervised children are likely to be at more risk of death from accidental injury or simply from reduced parental care when it is needed – for example during illness or when they are very young.

“Alternatively, if mothers take their young child with them to collect water, the route may be unsafe due to extreme environmental conditions, hazardous traffic, or interpersonal violence.

“Our findings indicate that the amount of time and energy taken for water carriage also means that women don’t have time to attend antenatal clinics and many don’t give birth in a health care facility.

“Fetching water may also exacerbate under-nutrition which may in turn impact pregnancies and breastfeeding – increasing the risk of child mortality. And many of the studies we looked at reported fatigue and tiredness affecting water carriers.”

The research shows that improving access to water and sanitation is associated with better health outcomes for women and children.

“Our findings are consistent with another study from Ethiopia, which showed that when taps were installed closer to home, the monthly risk of child death was 50 per cent lower among children of the women with access to the new taps,” said Prof. Hunter. “This really shows the difference that improved access to clean water makes.

“But having access to water in homes and having good sanitation is associated with big improvements to the health of women and children.