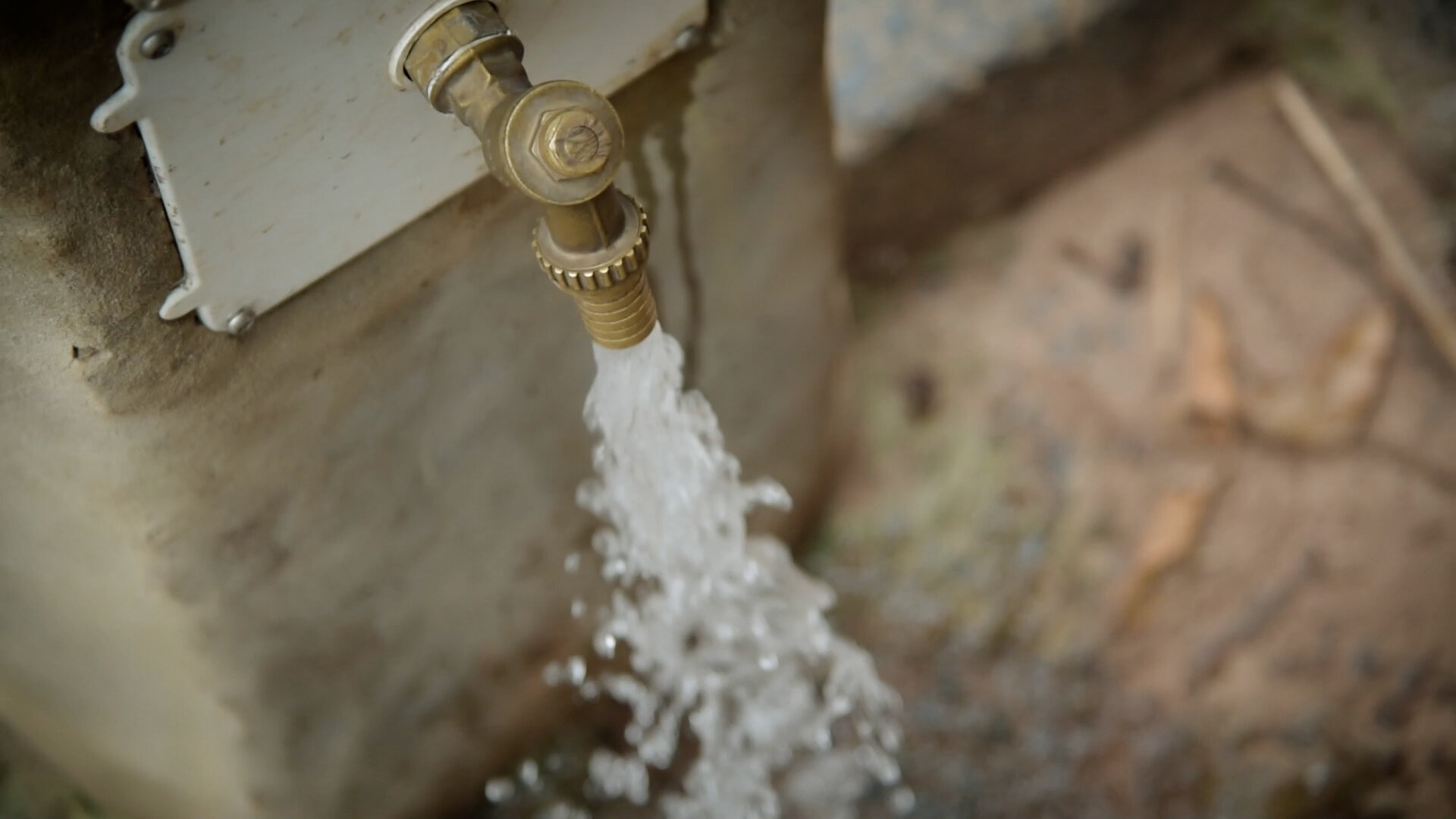 Scientists are warning that drinking water supplies in parts of rural West Africa are being contaminated by lead-containing materials used in small community water systems such as boreholes with handpumps and public taps.

They analysed scrapings taken from the plumbing of 61 community water supply systems in Ghana, Mali and Niger. Eighty percent of the tested systems had at least one component that contained lead in excess of international guidance.

Lead is released into the water when the components corrode.

The study, by a research team from the University of Leeds, University of North Carolina at Chapel Hill and Boston University, also took samples of the water from those 61 water distribution systems, and from a further 200 taps and boreholes with handpumps.

Sixty percent of the samples contained lead – nine percent were at a level that exceeded World Health Organisation guidelines.

The researchers found that lead contamination was significantly associated with the use of lead-containing components in the water systems.

There is no-known safe level of exposure to lead. It accumulates in the body and crosses the blood-brain barrier and can cause irreversible damage to cognitive and neurological development, particularly in children and babies in the womb.

Lead contamination in plumbing systems has been a recognised problem for decades which has been controlled in urban areas served by large piped water systems by implementing corrosion control and using lead-free or low-lead components, enforced through testing and monitoring, building codes and regulations.

Evidence shows there is still a problem in higher-income countries with lead contamination in water from private wells and small, piped systems. The picture in low and middle-income countries has been less well studied, although the problem is believed to be widespread – and the potential implications for public health are much greater because of the global scale and the number of people who rely on small community water-supply systems.

Jamie Bartram, Professor of Public Health and Environment at the University of Leeds, who supervised the latest research, said the evidence demonstrated the need for coordinated and urgent remedial action.

“We have an opportunity for effective prevention and improved water supply practice world-wide. The required actions are overdue and unquestionably beneficial. The cost of ensuring that components are lead-safe is negligible,” he said.

The study, Occurrence of Lead and other Toxic Metals Derived from Drinking-Water Systems in three West African Countries, is published in the journal Environmental Health Perspectives.

The International Plumbing Code (IPC), from the International Code Council, recommends that lead in a plumbing component should not exceed 0.25 percent, based on weight.

Of the 130 plumbing components tested by the research team, 82 percent had a lead level that exceeded the IPC recommended maximum. Brass components were the most problematic. The researchers say the use of brass in a water system increased the expected lead concentrations in drinking-water samples by a factor of 3.8.

Dr Michael Fisher, Assistant Professor at the University of North Carolina at Chapel Hill, led the study. He said: “It is clear is that lead is present in most tested systems in this study and finds its way into drinking water at levels of concern.

“These findings suggest several affordable, feasible, no-regrets opportunities to reduce or prevent this contamination from occurring. Collaboration among multiple stakeholders will be required to achieve rapid success.

“Lead exposure from other sources like paint and petrol has been successfully phased out and lead can be successfully eliminated from drinking water systems through concerted and collaborative responses.”

The scientists say manufacturers could discourage the use of unsuitable components, for example through explicit labelling and engagement in professional networks.

They write in the paper: “This contamination may be readily addressed through cost-effective preventive action, such as consistent use of components and materials compliant with IPC codes. Supply chain improvements with verification of compliance would reduce the availability and use of unsuitable components, such as leaded brass parts, in drinking-water systems.

“Governments may develop or update regulations related to lead-free water system components and their implementation, including verification schemes.”

The research team say importers and wholesalers should ensure that product suitability and specifications are conspicuous and intelligible. Professional associations should disseminate knowledge and foster understanding and good practices throughout their memberships. Several governments are already taking action.

The United Nations Sustainable Development Goal SDG 6 states that everybody should have access to safe and affordable drinking water.

How the South African COVID-19 Variant Was Found

Inside Mali’s Coup Within a Coup