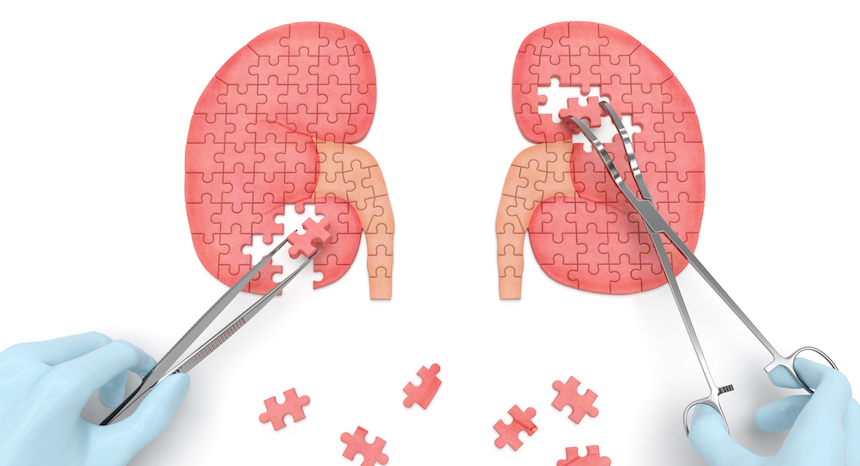 Close to three million people suffering from chronic kidney failure across the world receive renal replacement therapy every year. But between 4.9 million and 9.7 million more still need treatment. And at least two million die because they cannot access it.

Kidneys filter wastes and excess fluids from the blood which are then excreted in the urine. When someone has chronic kidney disease, their kidneys are unable to perform these tasks and they require renal replacement therapy in the form of dialysis or kidney replacement.

Chronic kidney disease is a global problem with about 10% of the world’s population suffering from the disease.

There are three main challenges with managing chronic kidney disease on the continent. Firstly lifestyle changes have resulted in increasing obesity rates which in turn increases the risk of kidney disease. Secondly, there is the link between HIV and kidney failure and thirdly, there are treatment failures.

Many patients with kidney failure either incur catastrophic out of pocket medical bills, or they die. If the underlying challenges aren’t addressed the problems that come with expected increases in chronic kidney disease on the continent will only get worse.

The rise in obesity rates has been rapid, substantial and widespread. As a result, obesity has become a major public health epidemic in both the developed and developing world.

If action is not taken to halt this epidemic, the expected increase in overweight and obese South African children will become a major concern.

There are very specific dietary and lifestyle changes that are linked to obesity. This includes patterns of increased eating, drinking and smoking along with reduced physical activity, and a shift to a diet high in sugar, salt and saturated fat.

Treatment of chronic kidney disease on the African continent is dire. Of the world’s population that needed renal replacement therapy, only 1% of those who received treatment lived in Africa.

There are two main problems:

In South Africa, more than half of potentially eligible patients are turned down for dialysis as a result of cost. But dialysis not a cure, it is a lifeline while patients wait for a transplant.

In South Africa there only three public hospitals that offer kidney transplants. And on the rest of the continent, there are very few countries offering routine transplants. Nigeria and Kenya have started up programmes.

The link between kidney failure and HIV

Africa carries the world’s highest burden of HIV: In 2013, more than 24.7 million people were living with the disease, accounting for 71% of the total caseload on the globe.

Studies have also shown that severe immunosuppression – or CD4 counts less than 200 – are a predominant risk factor for acute kidney infection.

The extent of the HIV epidemic and its associated burden of chronic kidney disease on the continent make it a challenging problem.

The underlying causes that lead to chronic kidney disease need to be tackled as a matter of urgency.

Firstly, the challenge of a rise in diet-related non-communicable diseases – such as obesity and hypertension – which accounts for 28% of the burden of disease in South Africa, must be addressed.

One critical intervention would be to get people to eat healthier. For obese individuals sustained moderate weight loss by itself is definitely beneficial in obesity, especially “morbid” obesity, but also in diabetes, hypertension, hyperlipidaemia, cardiorespiratory diseases and other chronic degenerative diseases associated with any degree of excess body fat.

Another critical intervention is education: people need to understand the causes and risks. Action and clear strategies are needed. South Africa’s Department of Health realises the significance of the obesity crisis, and has included this in the national non-communicable diseases strategic goals to assist with the obesity problem in the country:

But there’s only so much that governments can do. It’s up to the individuals to improve their health and quality of life.