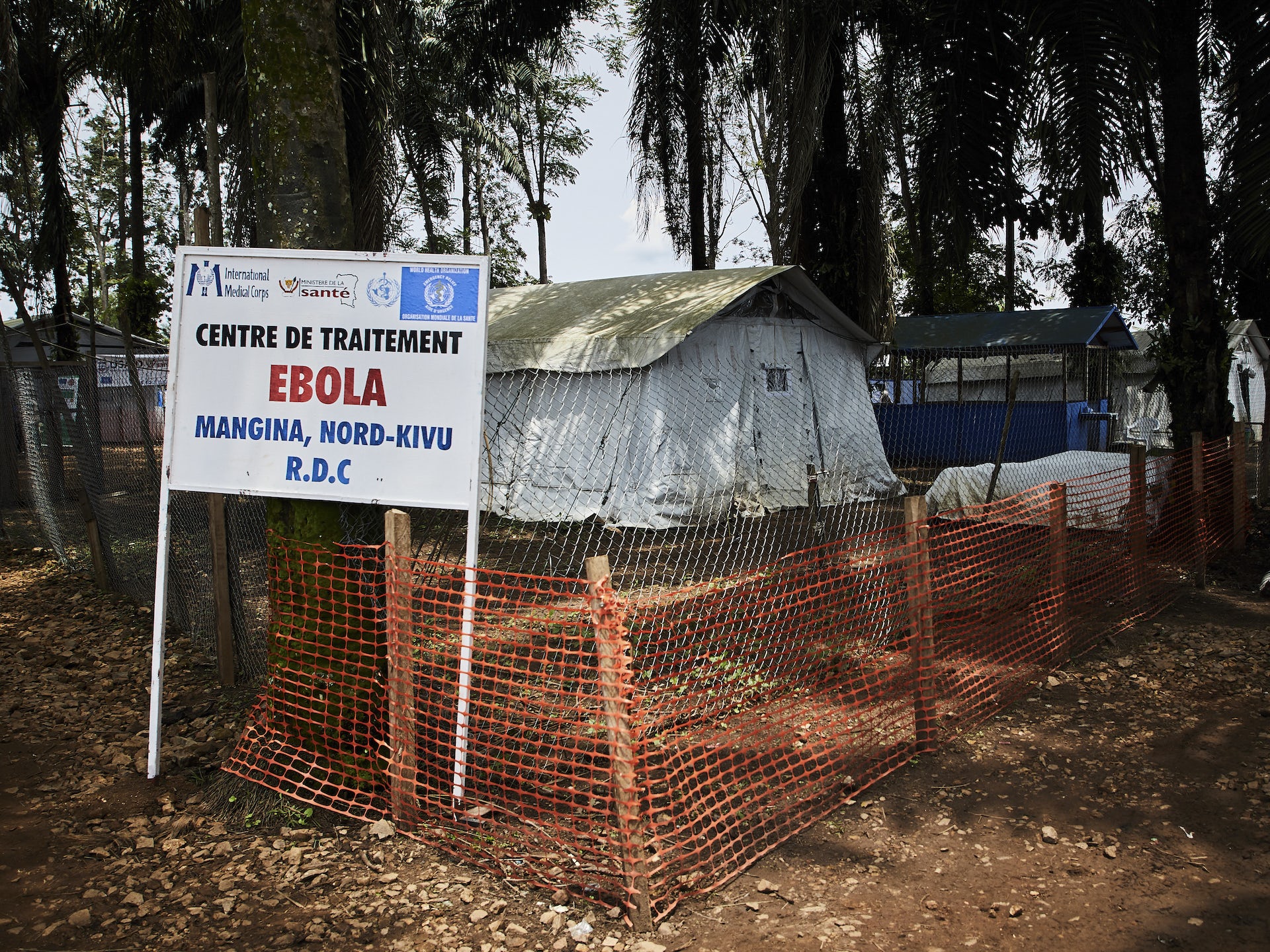 The last five years have witnessed the two biggest outbreaks of Ebola, first in West Africa and currently in the Democratic Republic of Congo (DRC). The DRC is no stranger to Ebola and has battled the virus on nine previous occasions since 1976.

The current outbreak however, for a multitude of socio-political reasons, refuses to give in to efforts by an international team of health care workers, armed with vaccines and treatment regimes, which did not even exist during previous episodes. As the outbreak surpasses its one year mark, the virus has infected over 3000 people and claimed more than 2000 lives.

In July, the World Health Organisation declared the outbreak a public health emergency but recent weeks still saw an average of 80 new cases. Every new case is followed up with contact-tracing and ring-vaccination. To date, more than 200 000 people have been administered the Merck rVSV-ZEBOV vaccine in the country.

In addition to the vaccine, two treatments are also under trial and have shown promise to prevent deaths from Ebola, if administered early enough after infection. These drugs are based on “neutralizing” antibodies from Ebola survivors which bind to proteins on the virus and prevent it from infecting cells.

The exponential rise of infections in this epidemic was curbed by a rapid health response and the early use of an effective vaccine to immunise those at highest risk of exposure. On the other hand, 14 months on, the epidemic has not yet ended.

At this stage of the outbreak it’s useful to take a step back and reflect on why the disease gets so much attention – and if it’s justified. Second, to consider what the blockages have been. And finally, what the way forward might be.

Why so much attention?

The medical response to an Ebola infection is markedly more challenging than many other diseases. It is one of the most deadly viruses with a 60% – 90% mortality rate compared to 2% for measles.

The Ebola virus is extremely infectious and highly communicable. Treating the disease is resource intensive. Patients must be kept in isolation in specialised, well-designed treatment centres. Health care workers are at high risk of exposure and must take extreme precautions to examine patients. Breakdown in personal protection and infrastructure can be fatal.

In fact, approximately 6% of the victims have been involved in looking after patients. These issues bring logistical limitations to the management of this disease, especially in a densely populated region shouldering an extremely high share of the global infectious disease burden.

While the Ebola epidemic powers through, the DRC is also battling serious outbreaks of measles and cholera. In fact, more lives have been lost to measles since January this year than to Ebola in the last one year. Both measles and cholera are vaccine preventable diseases, but the majority of the population must be immunised for this to be effective.

Given that containing the Ebola outbreak would allow resources to be channelled towards tackling other infectious diseases too explains why it’s getting so much attention.

Of course, there is always more that could be done.

This outbreak of Ebola has been a lesson in how infrastructure and the prevailing socio-political climate can hamper the best of efforts by medical practitioners and scientists.

The region has been the centre of acute violence for two decades. It’s a potent mix. The violence has affected the lives of the people so much, that the implications of the disease are lost in their day-to-day struggles. This has added to the difficulty of getting people to cooperate with medical teams and report cases in time.

For example, people are often afraid of the response teams and flee, as demonstrated by a recent case from Ariwara, very close to the South Sudan and Uganda border.

There have also been attacks on infrastructure, as was seen in the case of two treatment centres being burnt down at the Uganda border.

In situations such as these, part of the solution lies in spreading awareness about the disease and gaining their trust in the system.

In addition, the efficiency of the response has been hampered by the difficulties in administering the vaccine to as many people as is needed, sub-optimal reporting rates at clinics, new hot spots of disease and periodic waves of violence, some directly targeted on health care units.

Leaders and international health teams have talked about the possible need for a change in strategy.

The DRC has finally agreed to the trial of the prime-boost vaccine Ad26.ZEBOV/MVA-BN from Johnson & Johnson. This is in addition to a vaccine from Merck that’s been rolled out. This strategy promises to provide an alternative, if supplies from Merck deteriorate or if the vaccination net has to be cast wider in the community.

But, as with all vaccination drives, building trust is key. This will require hands-on cooperation between medical and humanitarian workers in the region.

In addition to immunisation campaigns, decentralisation and enabling local clinics to diagnose and manage patients early is a much needed investment to uplift the health care system.

Over-riding everything, however, is that a significant effort is required to increase the trust between communities, response teams and the government, so people come forward early if they have symptoms. Only this can ensure that the virus is stopped before it transmits.

There’s quite a long road ahead. Only 14 out of 47 affected health zones have been reported free from Ebola over the last 21 days. That number needs to rise quickly.

A Stomach Bacteria Threatens Nairobi’s Residents. What Can Be Done to Stop It

Failed State? How the DRC Continues to Deliver Public Services