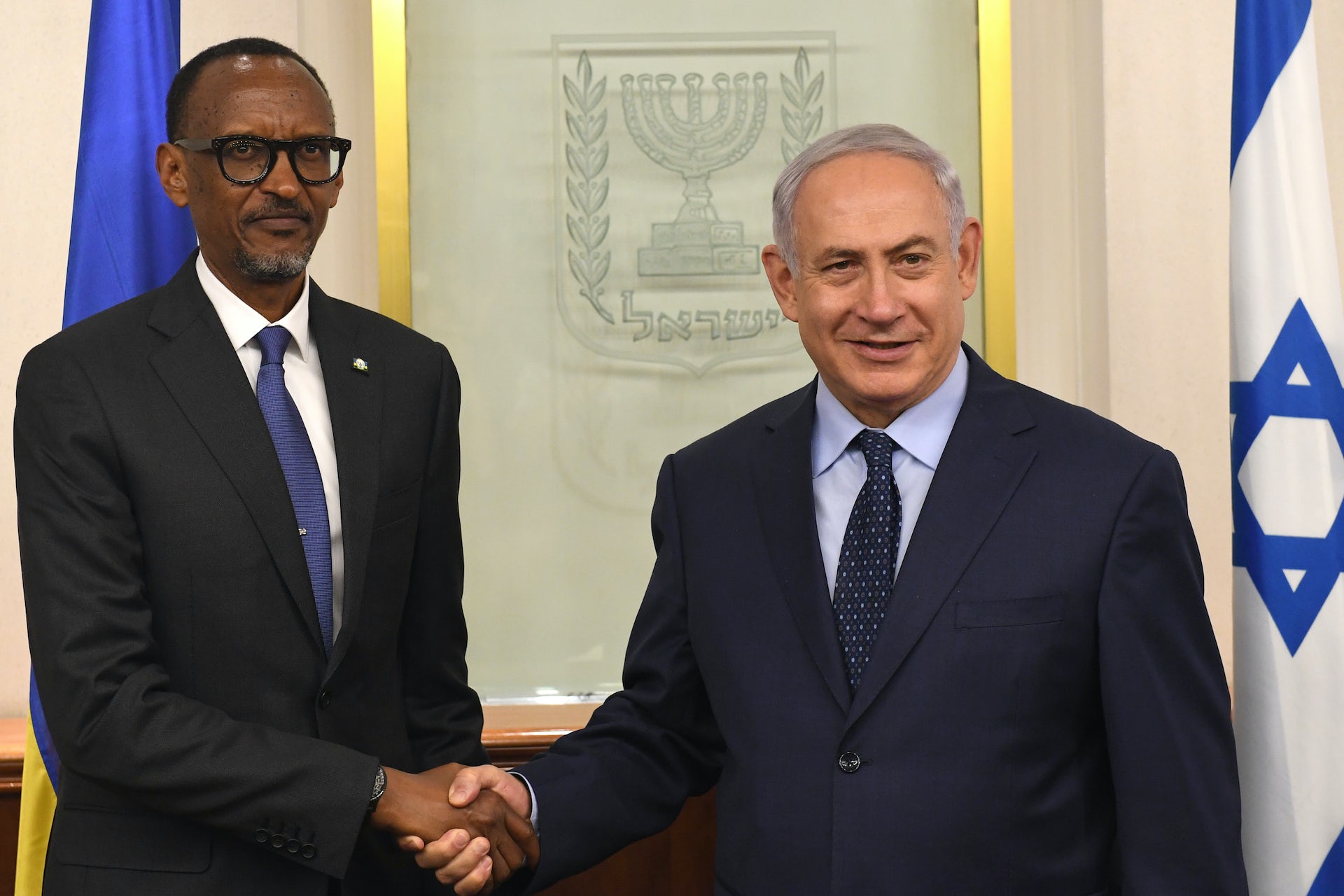 Since its establishment as a state in 1948, Israel has placed great importance on foreign policy. This is because it had been under a political and economic boycott by surrounding Arab states. The boycott has been falling apart since the 1979 peace treaty with Egypt. But it is still in place with countries such as Syria, Lebanon, Algeria and Libya.

As a result Israel pursues reliable political allies and trading partners on the periphery of the Arab world – and beyond.

This is true in Africa too. Israel’s strongest relations on the continent are with countries in west, central and east Africa. It now has diplomatic relations with 46 of the 55 African Union member states.

The recent decision by the African Union to grant Israel observer status has once again raised the profile of Israel’s relations with the continent.

For over half a decade under former prime minister Benjamin Netanyahu’s tenure, Israel lobbied hard for this outcome.

Netanyahu visited sub-Saharan Africa in July 2016, the first Israeli head of state to visit since Levi Eshkol in 1966. In addition to encouraging further political and economic ties, his mission was to secure the support of African leaders for observer status at the African Union.

He carefully chose Ethiopia, Kenya, Uganda and Rwanda. Ethiopia and Kenya had had close ties with Israel in the past. And they were engaged in security cooperation against the threat of Islamist terrorism and were sympathetic to Israel’s goal of achieving African Union observer status.

Connections with Uganda were developing, while Rwanda’s leader Paul Kagame shared an affinity with Israel given his country’s experience with genocide.

The following year Netanyahu visited Liberia to address the 15-member countries of the Economic Community of West African States – the first non-African head of state to do so. He made an appeal for political support in return for economic aid and technical assistance in sectors such as agriculture, water resources, energy and health.

He also lobbied for African Union observer status. Israeli officials – both in public and private – continued with these efforts in the intervening years.

In recent years, Israel has made inroads in North Africa too. In 2019 it re-established relations with Chad, which had been broken off in 1972 because of Israel’s then-continued occupation of Egypt’s Sinai peninsula since the 1967 War. The current African Union Commission chairperson, Moussa Faki Mahamat, who granted Israel observer status in late July 2021, comes from Chad. Mahamat’s decision was supported by the Democratic Republic of the Congo’s president and current chairman of the African Union, Félix Tshisekedi.

Israel also has normalised relations with Morocco and Sudan through the Abraham Accords. These were brokered by the US and came into action initially with the United Arab Emirates and Bahrain signing the agreement in August 2020.

Israel hopes to get African countries to support it on issues of political interest at the United Nations, and at the very least to abstain or absent themselves. Beyond that, Israel wants to increase security cooperation and economic ties. This includes the sale of civilian as well as military items.

Observer status at the African Union enables Israel to have closer contacts with African policymakers and to address attendees of the organisation’s meetings.

During the 1950s, as the Cold War evolved, Israel placed emphasis on ties with the US and countries in Western Europe.

At the same time there was a hope of developing promising relations with the independent states in Asia. The Bandung Conference of 1954 stymied these efforts as Israel was not invited to the gathering. Many of its prominent figures would later establish the Non-Aligned Movement, which often opposed Israel’s policies, especially towards the Palestinians.

One of the consequences was that when African states began achieving their independence in the 1960s, a number received a great deal of interest from Israeli policymakers. Two factors drove Israeli efforts. One was a desire to counteract diplomatic movements by Egypt. Another was an attempt to portray Israel as a model for development and as an alternative to the former imperial European states as a conveyor of technical assistance.

However, all African countries, except apartheid South Africa, Malawi, Eswatini, Lesotho, and Mauritius, broke off formal relations with Israel around the time of the 1973 War. This was due to the continued occupation of Arab territory as a result of the 1967 Arab-Israeli War.

Some informal ties through embassies and business relations were maintained until many African countries began re-establishing relations with Israel at the end of the Cold War. This was also a period during which Israel and the Palestinian Liberation Organisation began a process that resulted in normalising ties.

South Africa downgraded its representation in Israel in 2019 from an embassy to a liaison office over Israel’s actions in Gaza in 2018. South Africa has been at the forefront of the Boycott, Divestment and Sanctions campaign against Israel. The organisation’s raison d’etre is that isolating Israel will force it to relinquish Palestinian territory in the West Bank and end its blockade of Gaza. The movement has some appeal among left-wing individuals and groups in the west. But it is largely ignored by other African states.

The strong feelings of the South African government and the ruling African National Congress party are driven by two factors. The first is Israel’s military – and possibly nuclear – cooperation with the apartheid regime. The second is the affinity that many South Africans have with the Palestinian cause for self-determination.

South Africa was the country most strongly opposed to Mahamat’s decision.

However, most African countries have chosen to separate the issue of the Palestinians from economic cooperation with Israel, even though a number still vote against Israel on political issues at international forums such as the United Nations.

Some, like South Africa, opposed Israel’s observer status on the grounds of its treatment of the Palestinians and the continued occupation of their territory. They included Arab League members Algeria, Comoros, Djibouti, Libya, Mauritania and Tunisia as well as Namibia and Botswana.

Just as vocal critics – such as South Africa and Algeria – could do nothing about Morocco’s readmission to the African Union, it remains to be seen what they can do about reversing the decision on Israel.

Meanwhile, Israel has an important forum in which to lobby for its interests.

This article is republished from The Conversation under a Creative Commons license. Read the original article.

Angola’s Constitution Is Under Review: but a Great Deal Has Been Left Undone