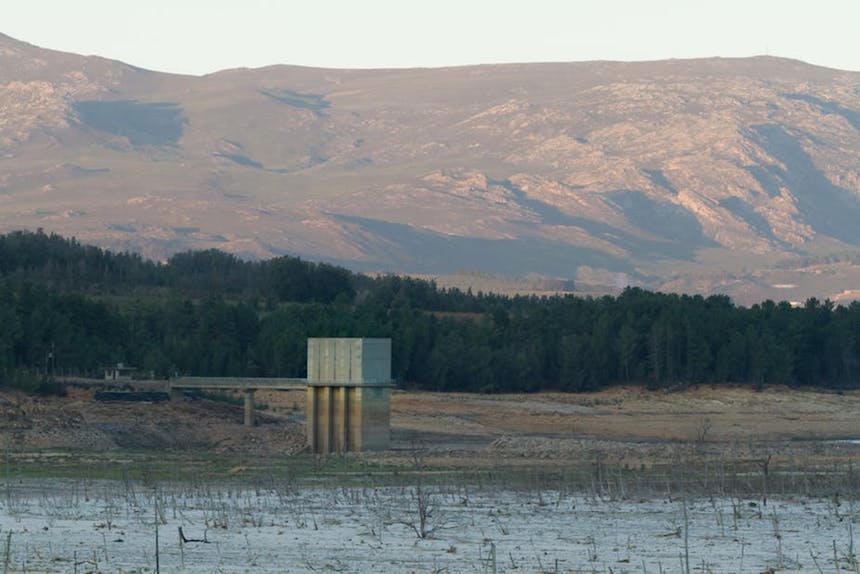 Cape Town, South Africa’s second most populous city, is hurtling towards “Day Zero”: the day taps run dry. This is expected in mid-May, just weeks after the city’s new water supplies are due.

Cape Town is quite used to surviving dry years. Water restrictions get it through and then dams refill, thanks to the wet years that usually follow.

But this time it’s different. Never in recorded history has Cape Town encountered a drought of such severity for three consecutive years.

One of the biggest debates is whether local government is handling the crisis effectively. Investigating this question exposes politics, not rainfall, at the heart of the problem.

The Western Cape is the only province in the country run by the official opposition party, the Democratic Alliance. South Africa’s ruling African National Congress runs the rest. This means that the relationship between national government and the Western Cape is complicated, as the water crisis shows.

Two tiers of governance – the Western Cape province and the City of Cape Town – went above and beyond what was required to prepare for drought. The system failed, however, at the level of national government.

Wasteful expenditure in the national Department of Water and Sanitation, erroneous water allocations to agriculture and a failure to acknowledge or respond to provincial and municipal calls for help obstructed timely interventions.

National government’s numerous spanners jammed up the works of a system that could have managed the crisis quite effectively.

Six major dams make up 99.6% of the volume of water in the Western Cape Water Supply System.

Cape Town’s strategy for handling droughts is based on a warning system that kicks in when dam levels are lower than normal for a particular time of year. About once every ten years, there is extremely low rainfall around the major Theewaterskloof Dam. The last dam level scare was in 2004-2005.

In 2007, the national Department of Water and Sanitation issued a warning about Cape Town’s water supply, saying the city would need new water sources by 2015.

The deadline was based on normal rainfall and water demand trends. Unusually dry winters and higher water consumption could shorten this deadline considerably.

The strategy was so effective that the city met its 2015-2016 water saving target three years early. This pushed the deadline back to 2019, based on normal rainfall and normal water use.

Following a wet 2013-2014, the South African Weather Service estimated that Cape Town’s 2014-2016 rainfall would be only slightly lower than normal, conforming to weather patterns recorded since 1976.

Based on the information available to the city, it was on target for implementing the first water augmentation project by 2019: increasing water supply to the Voëlvlei dam. Then disaster struck: a drought more severe than anything in Cape Town’s history.

Provinces don’t have the power to make water allocations to agriculture. This is done by the national government.

In 2015, the city of Cape Town was allocated 60% of the water from the Western Cape’s water supply system. Almost all of the rest went to agriculture, particularly long-term crops like fruit and wine as well as livestock.

The drought began to take its toll on provincial dam levels. Yet the national Department of Water and Sanitation took no action to curtail agricultural water use in 2015/2016.

There is evidence that the department’s failure went even further: that it allocated too much water to agriculture in the Western Cape. This pushed demand for water beyond the capacity of the supply system and consumed Cape Town’s safety buffer of 28 thousand megaliters.

Cape Town shows some of the best water saving levels in the world. But its supply dams are being hit by national government’s bungled water allocations to agriculture.

In response to low winter rainfalls in 2015, provincial government took pre-emptive action and applied to national government for R35 million to increase water supplies by drilling boreholes and recycling water.

But national government rejected the request, possibly because dams were still 75% full.

The Cape Town Mayor appealed directly to the Department of Water and Sanitation for disaster relief funding. But this was rejected on the grounds that Cape Town was “not yet at crisis level”.

The cause of the crisis

This claim is supported by the Auditor General, which attributes “irregular and
fruitless and wasteful expenditure” to the department exceeding its 2016-2017 budget by R110.8 million.

The department has no funding allocated to drought relief in the Western Cape next year. Again, provincial government will have to foot the bill.

Had systems in national government been running smoothly, Cape Town’s water crisis could have been mitigated. Appropriate water allocations would have made more water available to Cape Town. And with timely responses to disaster declarations, water augmentation infrastructure could have been up and running already.

Cape Town teaches us that water crises are rarely a matter of rainfall. Understanding disasters like droughts involves seeing the issue from many different perspectives, including politics.

Facebook and Google Invest in the Nigerian Technology Ecosystem