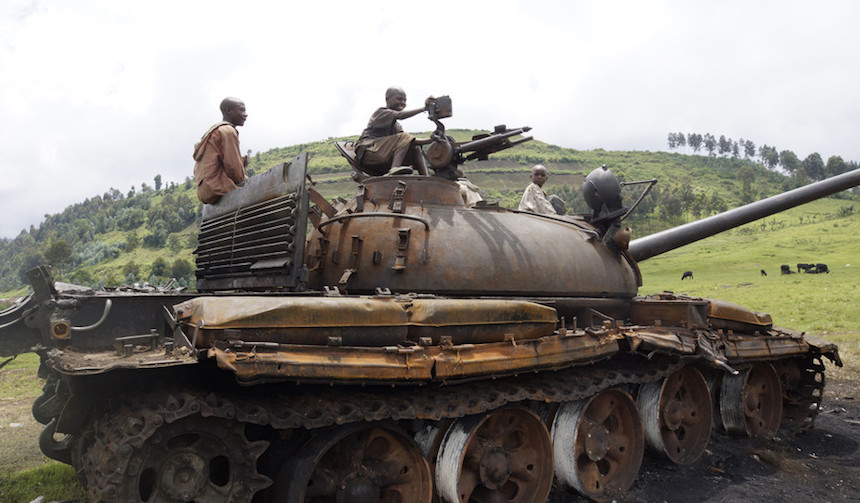 The Democratic Republic of Congo (DRC) will mark 57 years of independence on Friday, 30 June. This year also marks the 20th anniversary of Mobutu Sese Seko’s fall from power in 1997.

The DRC is currently perilously close to the status of a failed state. Former UN Secretary-General Kofi Annan recently suggested that the country is in grave danger after President Joseph Kabila’s delaying of the elections that should have taken place in 2016.

Annan’s warning is timely. Kabila’s struggle to stay in power beyond his mandate has accelerated conflicts in the country.

Although large portions of the Congo are peaceful, the northeastern parts of the country have been in a state of low-level conflict since the end of the Cold War. There remains a dizzying array of armed groups present in the DRC to this day.

But currently the most significant violence is the ongoing uprising in the central Kasai province – the Kamwina Nsapu rebellion. Named after its former leader, the armed opposition has already led to the decapitation of more than forty policemen and has claimed the lives of over 3,000 people.

Over 20,000 Congolese refugees have fled into Angola.

The present political instability is taking place against a backdrop of continuing poverty. The country has a population of 77.27 million and six out of seven live on less than $1.25 a day.

The endemic poverty in the Congo is a far cry from the unbounded optimism that greeted the independence of the country on 30 June 1960. The country’s first prime minister, Patrice Lumumba, wanted to tackle income inequality.

But the Congo soon descended into civil war. Five years after independence, Joseph Mobutu, the leader of the Congolese army, took power in a bloodless coup. Mobutu’s rule was greeted with optimism but ended in a catastrophic decline in state services after he embezzled international development funds.

Thirty-seven years after the coup, Mobutu was removed from power by Laurent Desire Kabila under whose rule corruption continued unabated.

Kabila’s son, Joseph, has ruled in a less corrupt fashion than his two predecessors. But he and his family have built a vast business empire on the back of his political power.

Since decolonisation, the Congo has never been ruled by men who put the state’s interests above their own. This has meant that its vast mineral and agricultural wealth has not been put to the service of its people.

Mobutu wrested the presidency from Joseph Kasa-Vubu in 1965. Kasa-Vubu’s role as the Congo’s first president has been overlooked by the history books.

His role has always been eclipsed by the country’s more charismatic first prime minister, Patrice Lumumba, as well as by Mobutu’s lengthy dictatorship.

Kasa-Vubu tried harder than Mobutu to bridge the ideological chasm that opened up in Congolese politics after independence. Nevertheless both he and Mobutu failed as presidents.

Mobutu used the appendages of statehood to enrich himself at the expense of his people while Kasa-Vubu struggled to hold together the vast array of political factions that developed in the Congo after independence. As a result, their tenures triggered protracted conflicts and civil wars neither could control.

The political forces that shaped Mobutu and Kasa-Vubu’s rule can be explained in part by the Cold War. Kasa-Vubu could not hold the centre together as the US and the USSR vied for supremacy in Central Africa. Both sponsored militants to advance their agendas. Mobutu was one of their beneficiaries, and he rose through the ranks to take power.

When the USSR collapsed Mobutu was no longer useful to the US as an ally and he was left without a superpower patron.

He immediately became vulnerable to the catalogue of grievances that his citizens had against him, which included using divide and rule tactics to remain in power, a disorganised administration and widespread corruption.

Mobutu tried to reinvent himself as an empathetic statesman after the 1994 Rwanda genocide by offering to host refugees. But his handling of the refugee crisis was shaped by his own poisonous agenda.

He ruthlessly played ethnic constituencies against one another and fomented a social and political powder keg in the north-east of the country. By consistently denying Tutsis citizenship Mobutu fermented ethnic consciousness among the Kivus.

Tutsi groups, such as the Banyamulenge, would happily join forces with opposition groups to unseat Mobutu from power as a result. Once Kivu exploded into conflict in 1994, Mobutu and his regime were caught in the cross hairs – as were countless innocent civilians.

As the dust was settling in 1997, Laurent Desire Kabila and his Democratic Alliance for the Liberation of Zaire took the opportunity to seize power. Given Mobutu’s brutal and corrupt regime, some welcomed his arrival. But many did not as they feared their liberties would be restricted.

Laurent Kabila, known as Kabila Père, was even more autocratic and violent than his predecessor. In the early days, his government was controlled by the Rwandan backers who had supported his putsch.

They wanted to ensure that the Hutu extremists who had engineered the Rwandan Genocide could never again threaten their country. They did this by attacking the refugee camps in eastern Congo that hosted Hutus.

But a year into his presidency, Kabila tired of being a puppet, ordered his Rwandan handlers to leave Kinshasa. Angry that they had lost control of the Congo, and fearful the country could be used as a base by Hutu extremists, Rwanda plotted to end Kabila’s rule.

Along with Burundi and Uganda, who eyed opportunities to forestall rebellions on their own Congolese borders, Rwanda invaded the Congo in August 1998.

Kabila Père did not live to see the end of the conflict. Shot by one of his bodyguards on 16 January 2001, his rule had lasted only four years – the shortest of any Congolese president.

History has not been kind to Kabila Père. Other than ousting Mobutu, he scored few successes. The 1996 mass killing of Hutu’s that took place close to Kisangani in the northeast of the country cast a long shadow over his presidency.

When Kabila Père was assassinated, his senior advisers were unsure what to do next. Eventually, they engineered his son’s ascent to power.

Unlike his father, Joseph Kabila reached out to the US and other countries to garner support for his rule. And he received it overwhelmingly.

The younger Kabila relied heavily on the work of the United Nations Mission to the Congo to create peace. Yet he cleverly exaggerated his role in that achievement to win the country’s first democratic general election in decades in 2006.

But Joseph Kabila’s rule has been far from perfect. He has used state-instigated violence to clamp down on activists and journalists. Meanwhile, localised violence continues to wreak havoc in the northeast of the country.

Kabila initially seemed to be the president who had the strong hand of Mobutu and the political acumen of Kasa-Vubu. But his recent attempts to cling to power at all costs have cast him firmly in the image of Mobutu.

Had he organised elections in a timely fashion and been proactive in stepping down, history might have judged him to have been the best president the Congo has ever had.

As it stands, 57 years after independence, Kabila is doing more to regress the country to its violent past than to guide it into a truly progressive future.